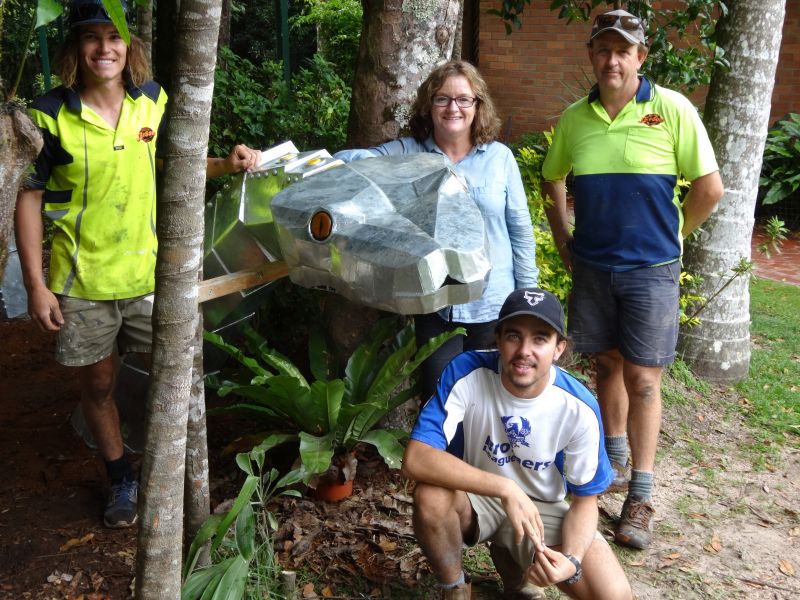 The legend of the Rainbow Serpent mirrors in many ways the Christian story of Creation. Although represented quite differently visually, both God and the Serpent created the world around us, and exist 'everywhen'- an Indigenous term for past, present and future.

The artist, Sue Tilley, drew inspiration not only from the Nywaigi Traditional Owners' stories of the serpent, but from the contemporary human history of the site itself, and the environment.

The mining history of Paluma inspired the industrial approach to this form; the WWII occupation of the site- the riveted water tank nearby suggested the rivets and the current educational use of the centre- the hexagonal profile and use of angles.

The environment is reflected on the surface of the artwork- the colours in rainbows are caused by reflection and refraction- hence the 'faceted' appearance of the term, the reflective surface, and the coloured glass insets.

The serpent's eyes, also fused glass, are based on the eyes of an Amethystine Python, which inhabit the area.